Although Halloween is officially over, I still wanted to share our homemade, no-sew costumes! Since we are desperately trying to save money right now, this was the perfect opportunity to get creative and whip something up out of leftover materials. Thankfully, now that my daughter is getting a little bit older, she isn’t dead set on being a princess or a fairy every year, and is okay with us not going to the store and picking out a $30 costume. She’s actually starting to appreciate the fact that I am making things for her…yay!

I made two costumes this year: a Shabby-Chic Owl and a Flower (baby sister was a bumblebee, whose costume was actually donated!). For both of these costumes, I only had to buy one or two small items at my local Hobby Lobby, so it all ended up being extremely inexpensive.

Using one of my husband’s old work shirts, I cut off the sleeves and cut out the neckline to give it a more feminine touch….and to make it seem less like a t-shirt. I gathered all the scrap fabric I could find, and cut out a teardrop-like shape for each one. I didn’t want all the pieces to look just alike, so I didn’t put a ton of effort into it (on purpose). Starting at the bottom of the t-shirt, I hot glued the fabric pieces on, one by one. All it took was one little strip of hot glue near the top of the fabric. I just kept overlapping and layering on rows until I reached the top of the shirt. Because the pieces were not all perfectly the same, there were some holes left where you could see the white t-shirt underneath. So, I covered them with feathers! Once again, I used just a tiny strip of hot glue, and placed them in the empty spots where you could see the t-shirt. For the eyes and nose, I bought a stretchy headband for about $1.99. I cut a small triangle out of orange felt, and hot glued it in the center for the nose. For the eyes, I cut out two large circular shapes out of felt..once again, not perfect circles, and glued them on either side of the “nose”. And lastly, I used some large wooden buttons for the rest of the eyes. I just hot glued those right in the center of the big felt pieces. For the finishing touch, I glued one feather on either side of the headband. And voila! My Shabby-Chic Owl was complete! You can make this little owl as shabby or as chic as you’d like…it’s all in the way you cut and place your fabric. (**Tip: You may want to slide a piece of cardboard inside the shirt before you start gluing, or you might accidentally glue the shirt together) 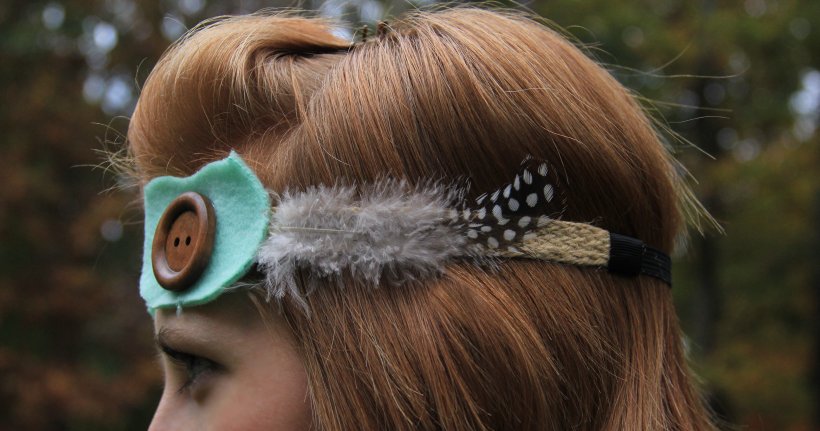 At the craft store, I bought a solid, green t-shirt for about $3.00. Most of this is self-explanatory if you look at the photos, but I’ll explain anyway. For the leaves, I cut out tear-drop shapes out of the green felt, and the same for the flower petals using the pink felt. I also used a different shade of green felt for the stem. I made mine curvy, but you can make it curvy or straight…whatever you prefer. I hot glued the stem onto the shirt first, and then just layered some leaves around the neckline. After that, I glued some extra leaves onto the stem, and then glued green pipe cleaners onto the bottom of the shirt for the grass. All of this was super easy, and only took me a few minutes! Now for the flower. I took two green pipe cleaners, and wrapped them around the headband so that they were coming up in four different directions. I glued one large, flower petal onto each pipe cleaner. After that, I just layered felt flower petals until I liked the way it looked. For the middle of the flower, I cut a long strip of green felt, rolled it up, and glued it in the center. You will also want to dab a bit of glue onto the headband where your pipe cleaners are to keep your flower in place (I learned this the hard way!) After all the petals are glued on, you can use the pipe cleaners to shape your bottom petals however you wish. 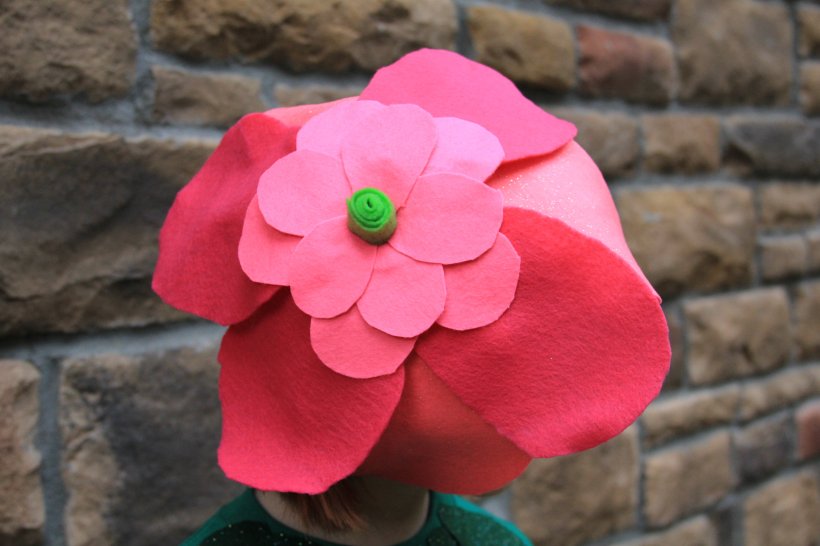 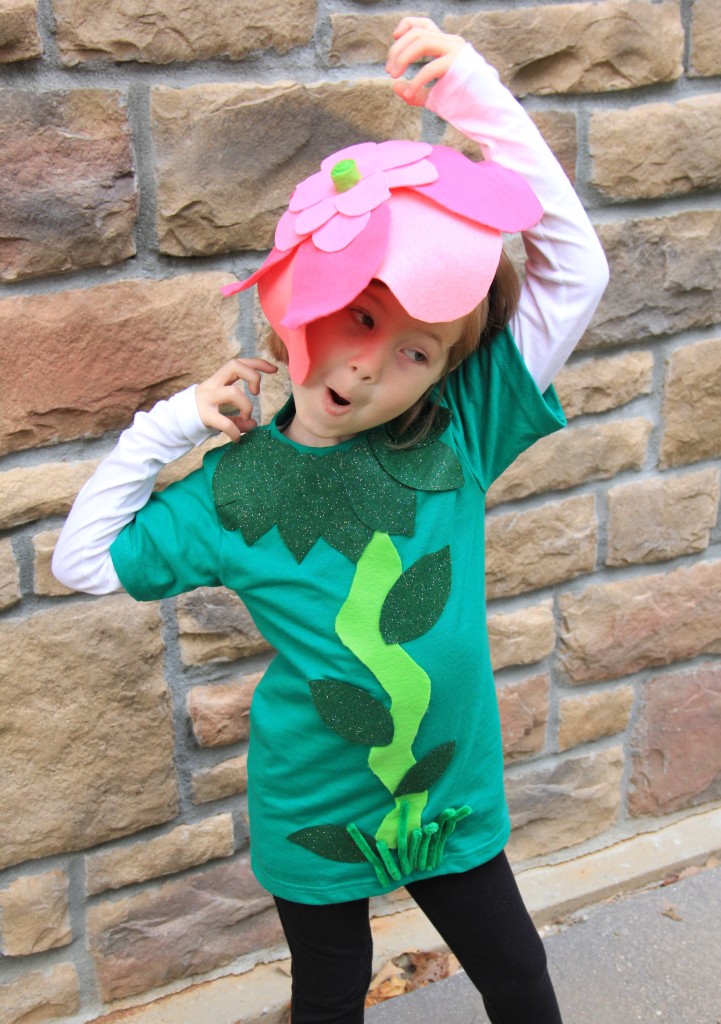 All in all, we had a fabulous, low-cost Halloween, and our costumes held up great while Trick-or-Treating. Not to mention they were really comfy and pretty warm. I’m already looking forward to next year’s project! 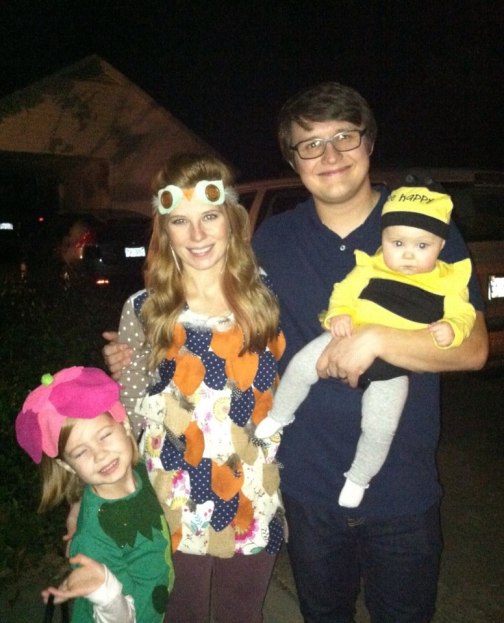 You May Enjoy These… 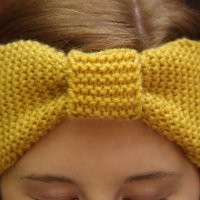 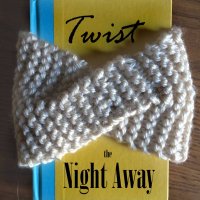 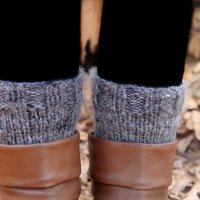 My Journey to Less

Learning to Live a More Meaningful Life With Less Stuff

Making a Handmade Modern Home one DIY project at a time.

Sew Sensational - a sewing, stitching and dressmaking blog. Follow me on my adventures!

Our family's journey in worship and missions

Seriously, People. Get It Together.

Staying sane and staying fabulous while staying at home